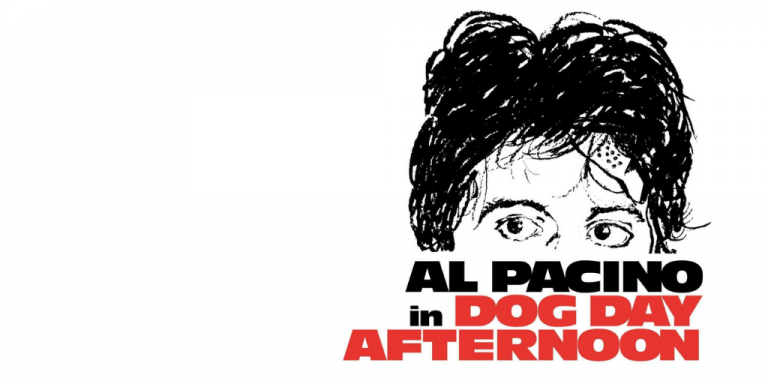 Dog Day Afternoon is a 1975 classic piece of film by director Sidney Lumet. It is often referenced as being the classic example of a perfect heist movie. Al Pacino plays the main character Sonny Wortzik in this movie, which is inspired by a robbery on a Brooklyn bank by John Wojtowicz (Sonny) and Salvatore Naturale (John Cazale) in 1972.

Let’s face it. Probably the only reason you should be watching this movie is the fantastic performance by Al Pacino. This is probably one of his best roles apart from The Godfather and Scarface. Also John Cazale’s acting is impressive as he plays the calm and nervous Salvatore.

Dog Day Afternoon is about more than just a simple bank robbery. It’s about making a statement against the established order through the occupation of a bank. The fact that gun shots have just a minor role in the story, makes it clear that the focus lies more upon the emotions of the characters and the dialogues between them. It’s a treat that sets it apart from other movies in the genre.

Also the fact that the main character is a homosexual, doesn’t seem to matter at all in this movie. The way this movie handels themes like transsexuality and this one is really mature compared to how we handle them today. Here they are just a side note and it shows how much progress we’ve made regarding this subject compared to the seventies.

Time has not been kind to this one. This two-hour flick gets down to business pretty soon, though the business were talking about is slow and boring by today’s standards. When watching this classic you should think of the fact that the seventies have a totally different ‘zeitgeist’ when compared to now.

For instance the main character of the movie is shown as a hero; a contemporary version of Robin Hood. Also the series of events are presented as a spectacle unlikely of what we would see today. This changes the way the film plays out entirely and makes it quite unsuitable for casual movie watchers nowadays.

Should you see Dog Day Afternoon? (The Verdict)

Well, that’s really hard to tell. Compared to modern day heist movies, this one is a bit boring and unspectacular. However it approaches the subject in a whole different way we are used to. No guns blazing, but a lot of smart dialogues and interesting emotional portrayals by the actors. Likewise there are many reasons why you should watch this classic piece of cinema. Also a preference for Pacino’s work will definitely help. So if you enjoy cinema a bit more than just a nice way to pass your time, you should definitely see this one.