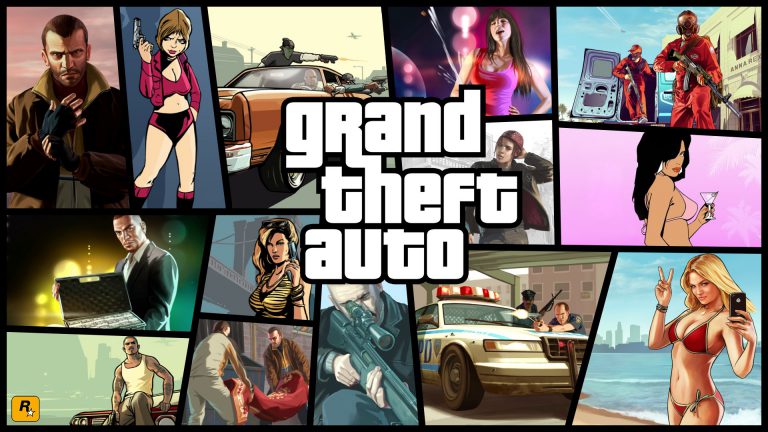 So it’s actually happening; the GTA remakes are finally coming! Just like I said, right? Well, they will not be built inside the GTA V engine. That would be a little to much of the good stuff. But the games will have better textures and will look better overall. Hopefully the gameplay will remain intact for the most part. I can’t say I am that psyched to play these definitive versions of the games, but it’s nice to see them coming around!

Over the last three gaming generations you could safely state that the Grand Theft Auto franchise is one of the most popular ones around. With GTA V still selling like hotcakes, it wouldn’t be a crazy idea to bring the older GTA games as remakes to modern console, right? Millions of gamers probably wanna play these games again, so why shouldn’t we be able to.

GTA 3, Vice City and San Andreas are revolutionary games and are seen as some of the best games ever made for a generation of gamers. These games have sold almost sixty million copies in total. So there must be some gamers who’ll want to play these games again. Just like the good old days. These games probably didn’t age that well, but it would be nice to play these stories again in the GTA V engine. So making GTA remakes or remasters of this trilogy of games isn’t that hard to think of.

So in the case of GTA IV, it’s already happening. GTA IV is available for this generation of platforms, albeit in backwards compatible form on Xbox One only. Everybody knows this game is even better than the fifth installment in the series. So why not bringing the game(s) to modern day platforms? Personally I can’t wait to play both brilliant expansions ‘The Ballad of Gay Tony’ and ‘The Lost and Damned’ on my PS4 or Xbox One. Off course these games where all available in HD, but it’s just a package I would definitely buy again.

And what about Liberty City Stories, Vice City Stories and Chinatown Wars? Three great games that would be a perfect fit for the Nintendo Switch for example. Or a release on the other modern consoles of course, because these games were only playable on handheld systems (or the ancient Playstation 2). It would be a shame if these brilliant stories were lost in retro gaming heaven forever.

GTA Remakes: When will it happen?

Maybe it’s already happening, I don’t know. Rockstar Games isn’t a company known for publishing remasters of their games. However, LA Noire did see a rerelease recently, so who knows what might happen. I think if GTA V would become a little less popular, Rockstar would seize the opportunity to rerelease a few of these classics. It’s impossible that this scenario hasn’t crossed the minds of Rockstar Games CEO’s. Though Take Two Interactive (the mother company of Rockstar Games) CEO Strauss Zelnick discussed this before and told us gamers that revenue and profit wouldn’t be the main goal of a project like this. But still the question is: When will it happen? And will it even happen during this generation or the next? We might find out sooner or later…