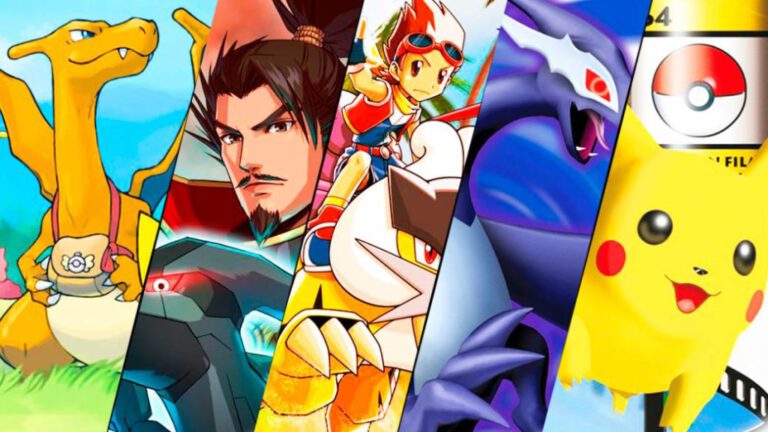 The popularity of Pokémon has become massive since the release of the mobile phone spin-off Pokémon Go. The franchise had loads of awesome spin-off games over the years. Here are the five best Pokémon spin-offs we’ve played in the last two decades.

A game where Pokémon actually fight each other? Complete with punching and kicking and stuff? Sign us up! Pokkén Tournament shows you what happens if you put Pikachu up against MewTwo and cover it in a tasty Tekken-sauce. Or any of the other twenty-one characters of course. The game is already rereleased in a spectacular DX-version on the Nintendo Switch. Though we hope to see a sequel which takes this concept to the next level.

We have seen multiple franchises getting a Pinball spin-off, but this Pokemon version is definitely one of the best. Although the game only has two tables to play on, the game is a blast and keeps you occupied for days. This game lets you collect more than two hundred Pokemon from the first three generations and improves on its predecessor in every way! Although it does lack the rumble function the first one had.

Pokémon spawned an immensely popular Trading Card Game by Wizards of the Coast and Nintendo brought the first three sets to the Gameboy Color. The game looked a lot like Pokémon Red and Blue, but because it was a card game it played completely different. It really nailed the translation of the physical card game to the portable Gameboy and it still bugs us that the sequel didn’t leave the shores of Japan. This would be a brilliant Virtual Console release, Nintendo!

One of the most requested games to get a sequel is definitely Pokemon Snap. In this game you try to fill your Pokédex by taking photos of different Pokemon. The game plays like a shooter on rails in which you control the camera and lure Pokemon out of their hide outs by throwing Apples. Snap is a satisfying game that made you experience the natural habitat of Pokemon. And with a sequel on Nintendo Switch it’s clear that this is one of the best Pokémon spin-offs.

Video Game crossovers sometimes work and sometimes don’t. Pokémon Conquest, a crossover with Koei Tecmo’s Nobunaga Ambition series definitely did work. In this tactical game the franchise took a completely different direction but still felt like it was part of the Pokémon universe. Though with Nobunaga Ambition not being well known in the West, the game didn’t sell a lot of copies. We guess a sequel will probably never see the light of day which is a shame.