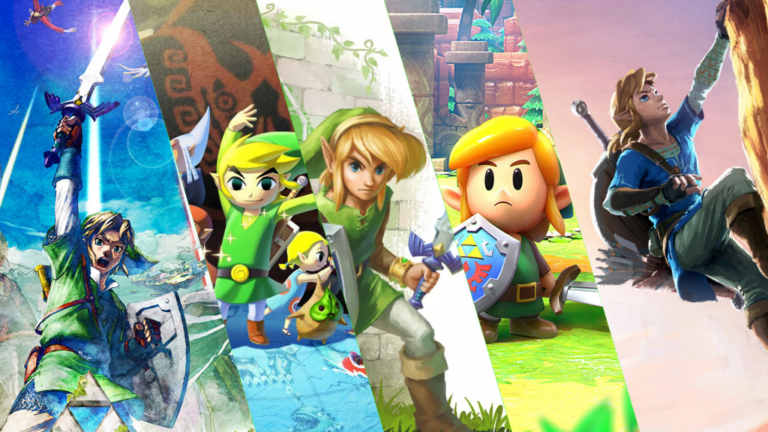 The Legend of Zelda exists for 30 years now. To commemorate this, I picked the seven best Zelda moments spanning the franchise. And of course this means that minor spoilers are up ahead. Are you ready to go on a great adventure?

1. Riding Epona for the first time in Ocarina of Time

Ocarina of Time was one of the first games with an open 3D world. That was amazing on its own, but the fact that you could roam freely through this overworld on your faithful horse Epona was even better. The world looked amazing and horseback riding in a video game never felt so good!

2. The ending from A Link to the Past

A Link To The Past for the SNES was a great game and set standards in terms of graphics and gameplay. The way this game ends is also truly epic. The pre credits scene is an amazing tour along all the locations you’ve visited on your journey. Quite a way to say goodbye!

3. Returning to Hyrule and defeating Ganon in the Wind Waker

Many fans didn’t like the graphical style of The Wind Waker and the amount of sailing that had to be done in the game. Those complaints were quickly forgotten when Link returned to Hyrule at the end of the game. The place looked absolutely stunning and the boss fight with Ganon was an immense spectacle many gamers still fondly remember.

4. Discovering a secret cave in the original Zelda

The Legend of Zelda franchise has a lot of iconic sound effects. Everybody remembers the sound when you open a chest or obtain a heart container. We like the sound effect when you find a secret cave in the original game the most. Finding secrets in games wasn’t that common back in the day so this completely blew us away.

Link’s Awakening was a massive adventure on the Gameboy. The gameplay and story were amazing despite the limited power of the system. The game concluded with the revival of the wind fish but let gamers in doubt whether the whole thing was a dream or not. Solving one mystery only to discover an even bigger one boggled our young minds back in the day. This is definitely one of my best Zelda moments and now you can relive it on the new Zelda Game and Watch or in the new Nintendo Switch remake.

6. Getting the Master Sword in Ocarina of Time

Another highlight from Ocarina of Time is the moment you obtain the master sword. In a magical moment Link pulls out the sword as if he was the legendary King Arthur himself. We jump forward in time and suddenly get to play as adult Link. The time leap also meant that the world was completely different and ready to explore again. Epic to say the least.

7. Beating the original The Legend of Zelda

A lot of us are probably a little too young to have experienced the release of The Legend of Zelda. Back in the day this was one of the harder games on the NES. Beating it was a real achievement especially considering the internet wasn’t around back then. You couldn’t look up a walkthrough and had to go on this legendary journey by yourself. The good news is that this game aged pretty well so younger gamers can still play it to see if they have what it takes to beat it.

What’s your best Zelda moments? Let me know in the comments!