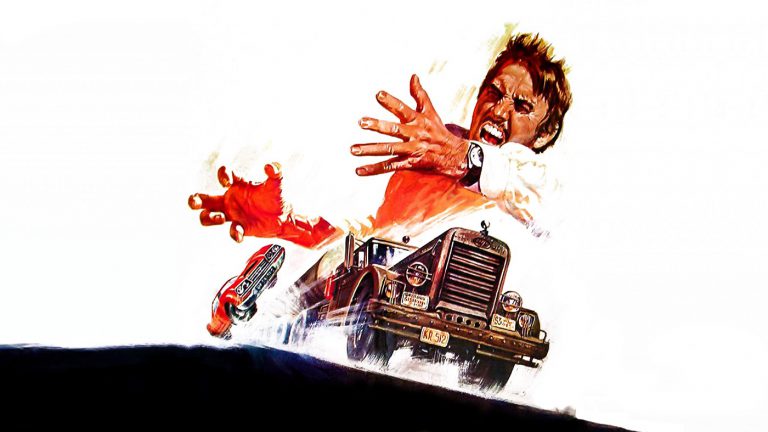 When it comes to directors, there are a few I personally view as the best of the bunch. Tarantino, Nolan and off course Spielberg are my personal favourite and the latter one started its career with the movie I’ll discuss in this article. Duel is a nice psychological thriller about a driver who is haunted by a mysterious truck driver.

Duel is a psychological thriller, because the film focuses on the main character and what he thinks about the whole situation that pans out. There are hardly any dialogues with other characters in this movie, but the movie is filled with internal monologues.

These internal monologues are so intense that you as a view start asking yourself if the whole situation is actually happening like the main character sees it. Isn’t he delusional or straight out going mad? Because the way he handles the situation is pretty strange to begin with.

Duel with a mythical truck driver

However, Spielberg captivates the viewer with the way he films this ‘duel’. The identity of the truck driver is kept secret during the movie. In that way the truck feels more of treatment than just a standard aggressive truck. It gets something mythical to it. Spielberg uses the same tactic as he used in his latter film Jaws, wherein the shark itself only has a few minutes of screentime.

Though, Duel is still a low budget movie from 1971. So it’s not surprising that it didn’t really stood the test of time. It’s pretty hard to watch and the dialogues are pretty cringey. And off course compared to movies from this day and age, Duel is a little less spectacular. Still, it’s a very entertaining movie, you should definitely see.